Process Of An Encaustic Painting, Incising and Collage

As long as I can remember, I have worked in series. I recently found photos of one of my earlier series, created in the early 90's, and I fondly remembered making these paintings in my studio above the enormous (10,400 sq.ft.) gallery I co-owned in Scottsdale AZ. It was August and so hot the gallery was closed for the month. I got to my studio before 6 am to be able to work before the blazing heat made it impossible.
I chose to flatten the background and use colors that I had never used before, some with lavender and orange. I disliked the color lavender and thought combining it with orange was outlandish. I wish I had all the images, but here is one and some more in the same vein created the same year. 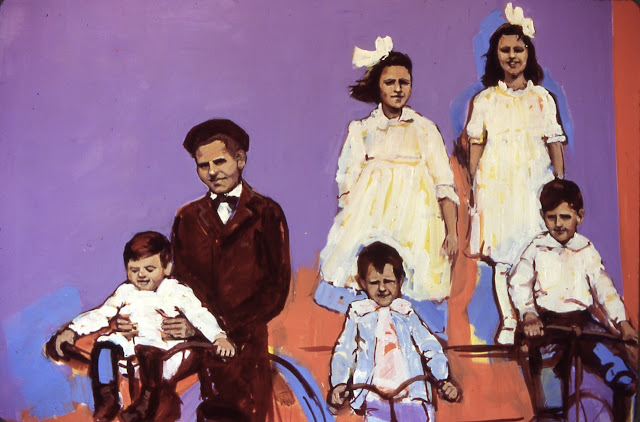 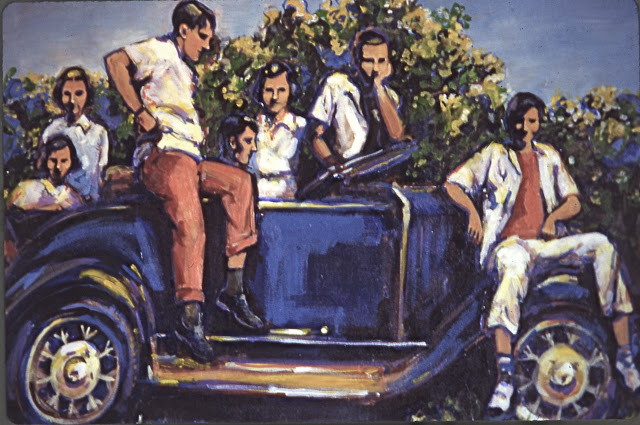 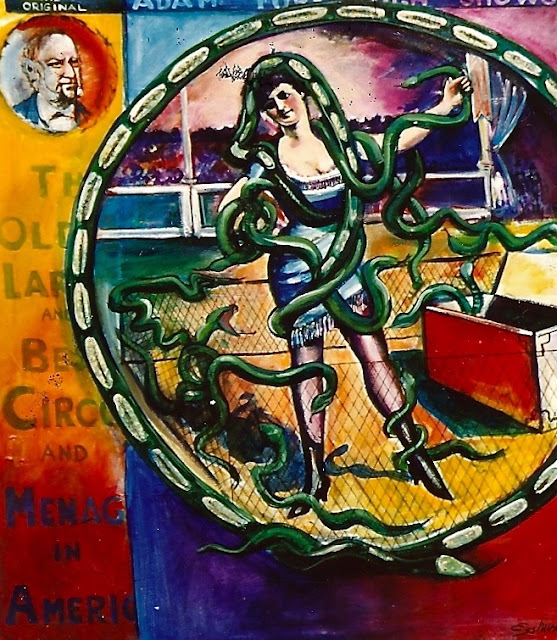 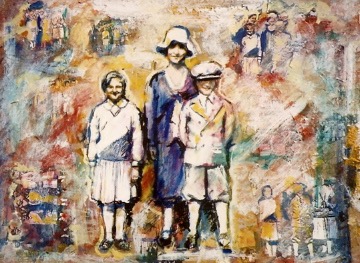 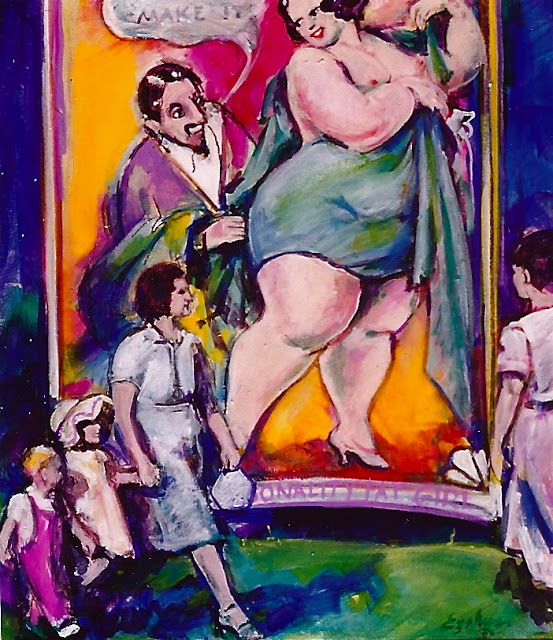 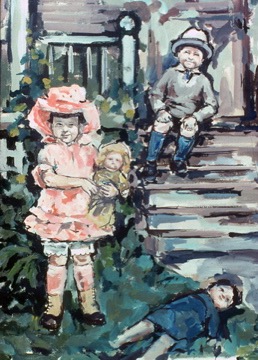 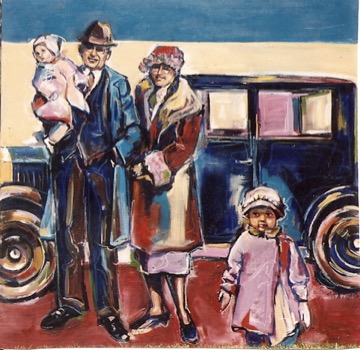 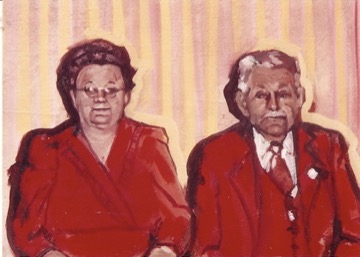 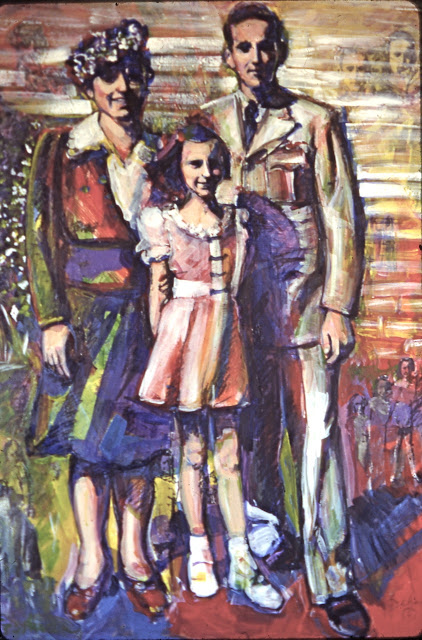 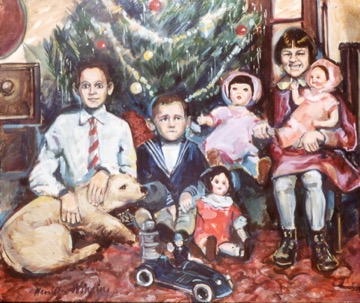 I worked with cold wax many years ago, then stopped and forgot about it. Last year I was contacted by Jerry McLauglin, who with Rebecca Colwell was compiling  a new book, Cold Wax Medium, Technique, Concepts and Conversations. I was asked to contribute some images of figurative paintings done in cold wax. Thanks to this, I have rediscovered the ease and fun of painting with cold wax and oil.

I haven't made any more figurative work in cold wax. Everything so far has been abstract. Here is the latest and the process of my 80 x 100 cm painting on cradled board, "Fiesta"
Now I have 3 palettes going in my studio; oil paint, encaustic, and cold wax and oil.

Posted by 60 years of Making Art at 5:33 PM No comments: Links to this post

When I moved to San Miguel de Allende, Mexico more than 12 years ago, I often said, "There are no good wines in Mexico" Was I ever wrong! Several years ago a friend, who took a couple of my encaustic workshops, brought me a bottle of red wine from the vineyard , Casa Madero. That first bottle changed my mind forever.

When the Spaniards conquered Mexico, they destroyed the existing vineyards so that all wine had to be imported from Spain. That was a long time ago.

Last Sunday my daughter and I attended a wine festival where 100 Mexican vineyards participated in a wine tasting. It was huge and impressive. Our favorite vet, Mike, drove us the almost 2 hours to get to a vineyard outside of Querétaro where this event was held.

It was amazing. On entering the grounds, we were each handed our own glass containing a white wine. It tasted like something out of a box. We tossed it behind the entrance tent, but from then on the tastings were exemplary. Of course we couldn't manage to taste wines from 100 vineyards, but did discover some new wines that we enjoyed. Food was served from the food trucks and we had to stop for bread and cheese and Mike had a big sandwich. Of course there was loud music, too loud for my sensitive ears, but this is Mexico; spreading lawns for picnics and lots of people who seemed to know their wine. (I asked my first house keeper why there is so much noise here; fireworks, firecrackers at dawn, ear deafening music from cars and fiestas. She told me if there isn't noise, Mexicans think they are dead.)

At the end of our visit, when it was time to head home, I decided that my favorite vineyard is still Casa Madero; the oldest vineyard in the Americas.

This is from their website," Casa Madero is the first official wine estate in Mexico, founded in 1597 by Don Lorenzo de Garcia in Coahuila in Valle de Parras. Originally named Hacienda de San Lorenzo, the name was eventually changed to Casa Madero in 1893 when the winery was purchased by Don Evaristo Madero. The region’s high altitude and relatively cool climate allows for well balanced grape ripening. In fact, the quality of the wines produced there was so good that for a time, King Felipe II put an end to all production out of jealousy and the need to promote Spanish wines. This prohibition, save for the production of sacramental wines (San Lorenzo had this dispensation), lasted until 1810 when Mexico gained independence from Spain. Eventually, Casa Madero grew to be one of the most important wine and brandy producers in all of Mexico. Wines are produced using traditional international grapes as single varietal releases. " 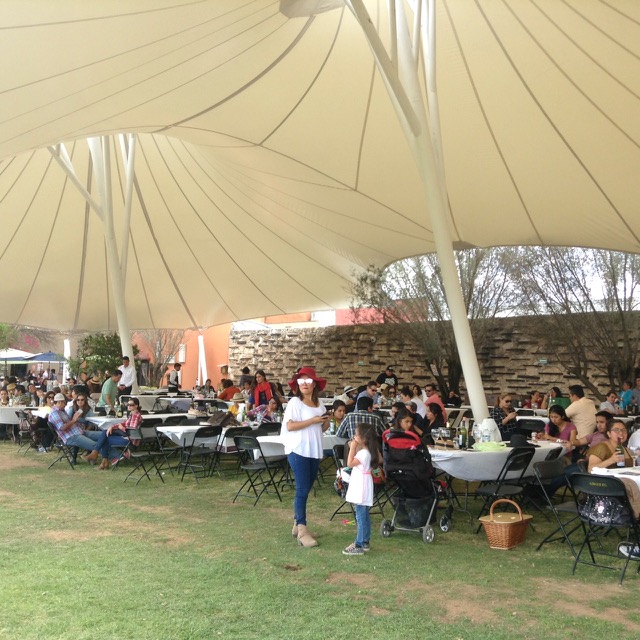 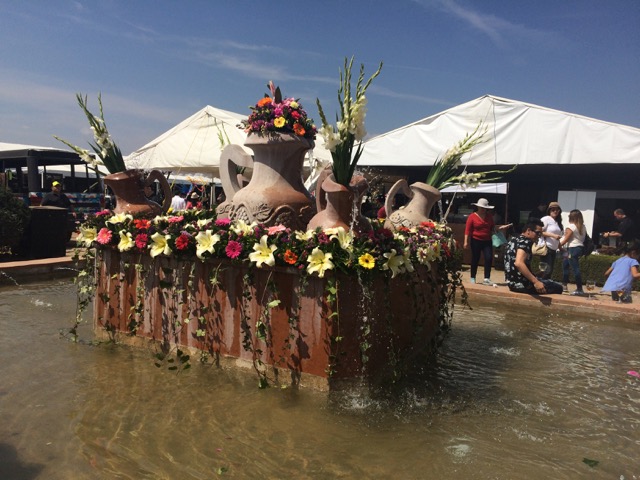 Posted by 60 years of Making Art at 4:49 PM No comments: Links to this post

I started this painting weeks ago. It was been quite a journey.
It had many lives. It started out as an oil painting that I was happy about and I continued covering it with encaustic wax. It changed everyday. Finally I was satisfied, only to over fuse it with a gas torch and ruin the composition. Layer after layer of encaustic (hot bees wax and tree resin) built up, still not creating what I wanted. Finally, I once again took the torch to it causing it to drip and run. I liked that look and enhanced it with more touches or red, blue and finally darkening the bottom to add weight to the composition. I felt I had rescued the painting.The title is Rescued Memories

Posted by 60 years of Making Art at 4:35 PM No comments: Links to this post 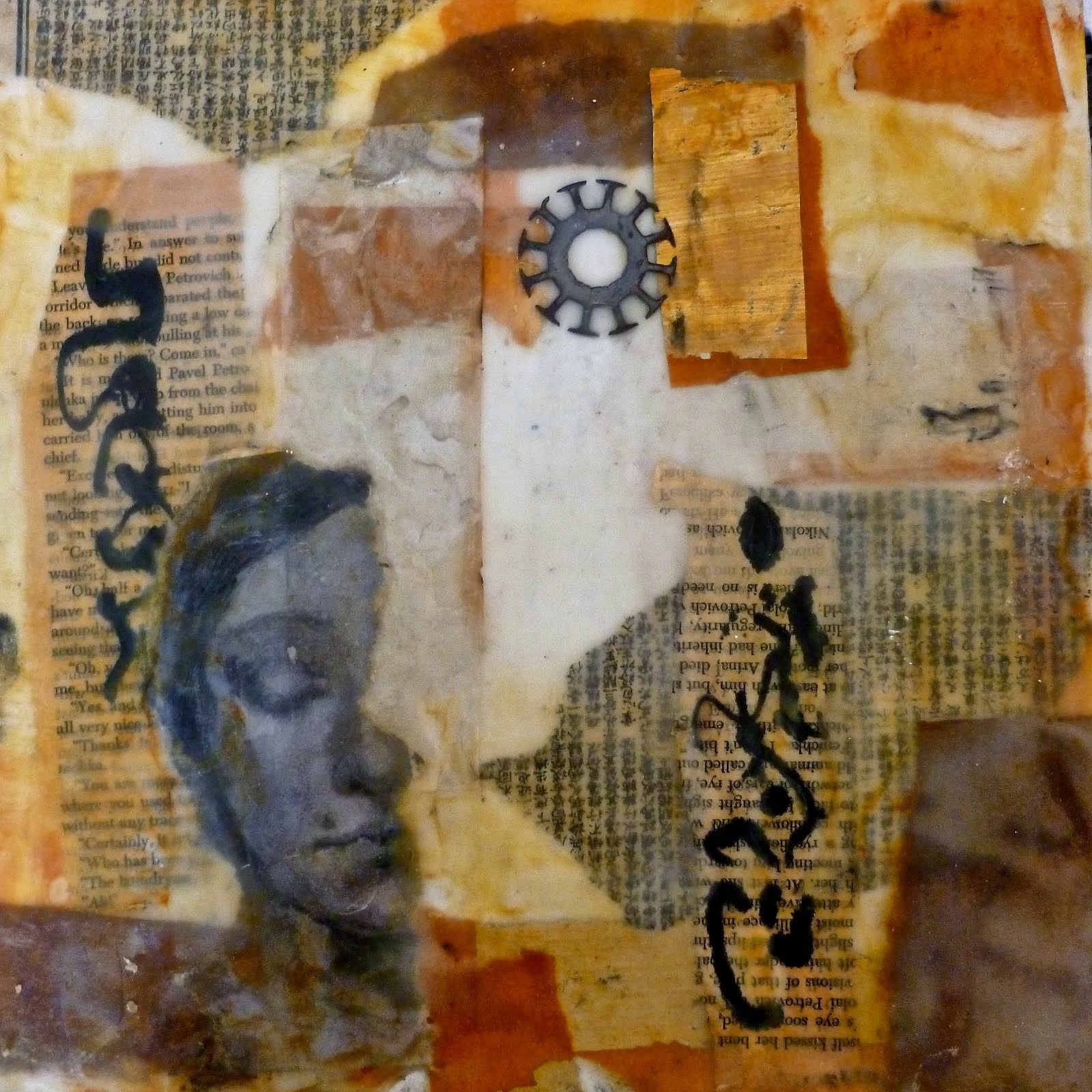 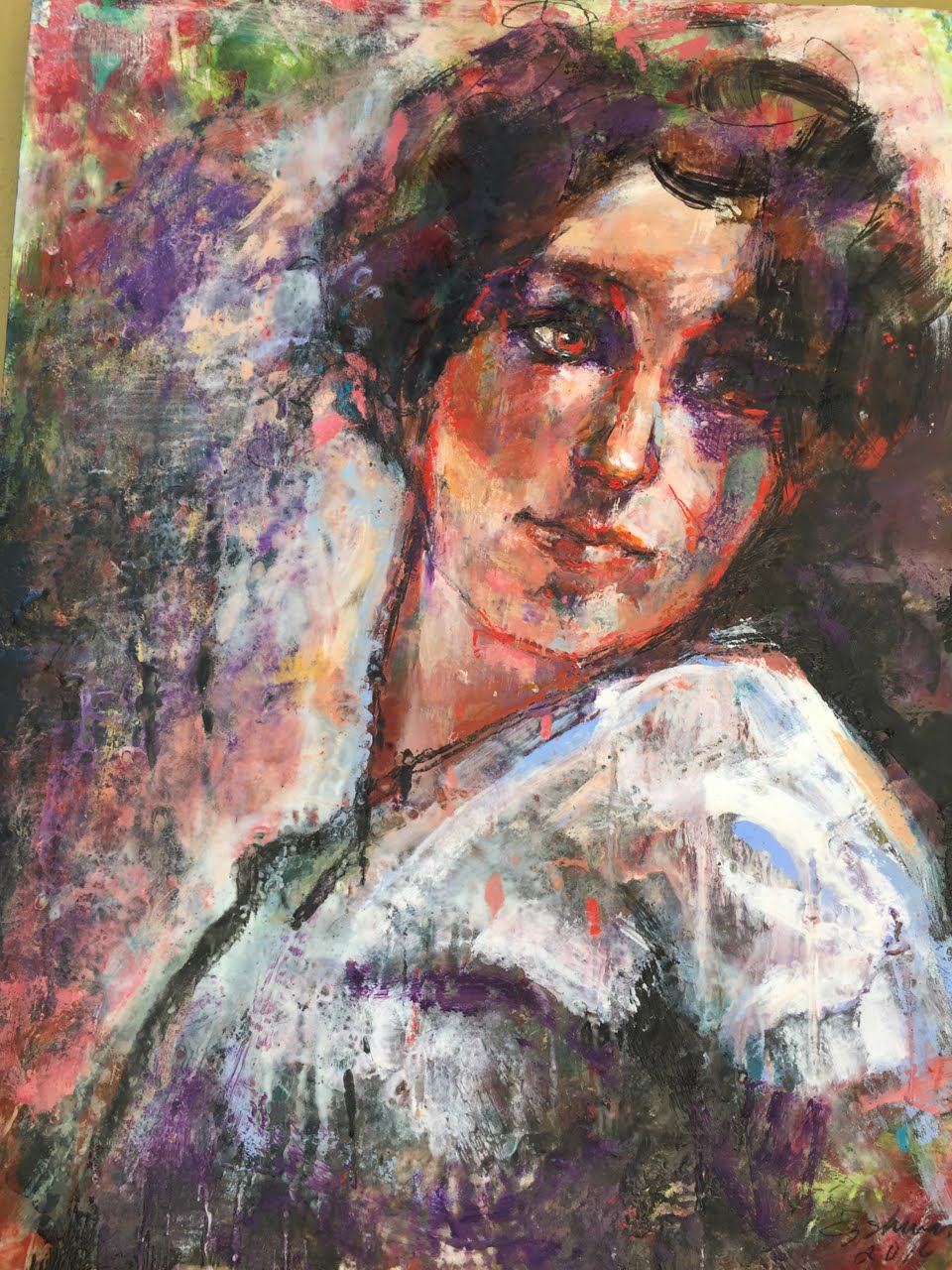 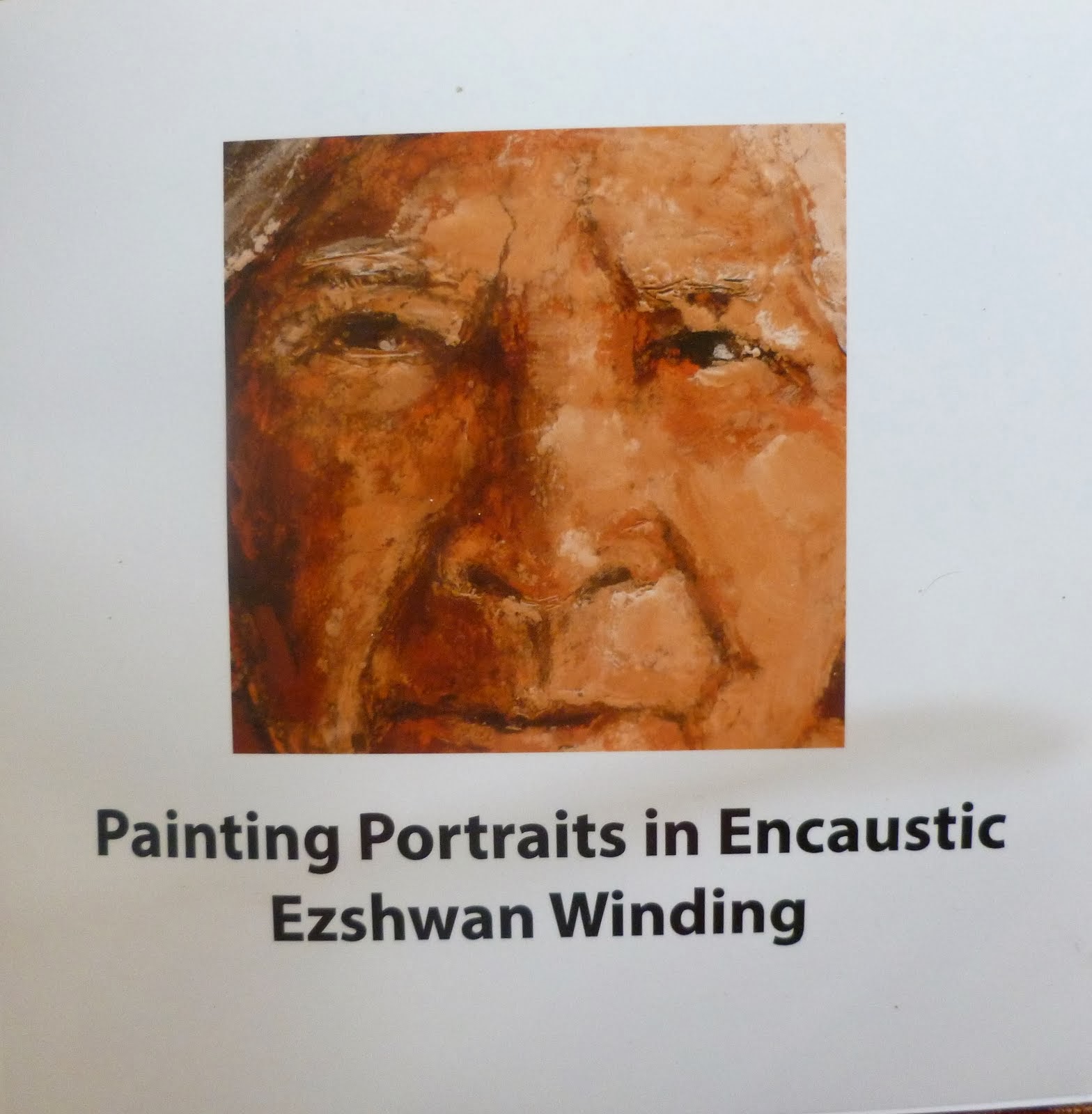 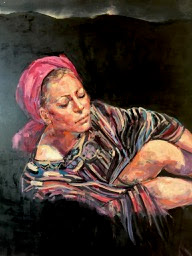